Getting Water out of Snow with NASA Technology

Private Lander Shoots for the Moon 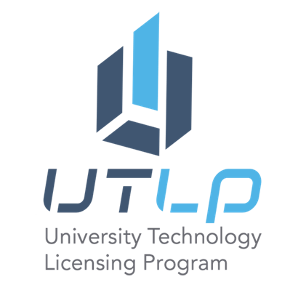 UTLP was formed to provide a way to conveniently disseminate and encourage further use of innovations contributed to the pool of patents by the participating universities.

The program provides interested companies a “one-stop shop” to license patents relevant to the licensees’ existing or future product offerings. Revenues derived from the licensing program support the ongoing research and innovation at the participating universities. Licenses issued by the UTLP are nonexclusive.

Caltech contributed over sixty patents to the UTLP, including the following patents developed at JPL:

All universities have complete freedom to use the patents for research and scientific purposes, and all of the JPL patents have U.S. Government rights that allow the U.S. Government to make, use, and have-made the subject inventions.

JPL-developed software for receivers and radio occultation (RO) that were licensed to startup GeoOptics, Inc.

RO data is used for:

These data can provide a detailed picture of our planet’s atmosphere to scientific users around the world.

JPL has special expertise in the areas of radio occultation (RO) and a technology called precision cross-link ranging measurement, which has been demonstrated on various NASA missions such as GRACE, GRAIL, and GRACE Follow-On. Most recently JPL delivered a low cost auto design called CION to GeoOptics that will be a core instrument.

Conceptually, radio occultation is a method that can be used to measure characteristics of the atmosphere such as moisture. This is because refraction, or bending of radio waves, occurs proportionately to the radio waves as they skim through the atmosphere. Since there are many global positioning satellites orbiting the earth that transmit GPS radio signals, and their position is precisely known, it is possible using another receiving satellite, in this case GeoOptic’s CICERO satellites, to measure how much the radio waves are refracting in the atmosphere. This yields useful scientific data after much complex data processing is performed to produce the final data products.

The radio occultation phenomenon. Radio signals are transmitted from a GNSS satellite for general navigation and positioning purposes. The observer or receiver in this case is a GeoOptics CICERO satellite. The radio waves are bent as they pass through the atmosphere, depending on the various chemicals and moisture it passes through. The Earth occludes the radio signal path. With the data from the amount of bending, and other measurements, the atmospheric characteristics of interest can be calculated.
Image from: NASA, https://flightopportunities.ndc.nasa.gov/technologies/234/

By using their satellite constellation and proprietary data processing software called GeoPro, GeoOptics creates high quality radio occultation weather data products which are available for government, commercial, and research purposes. They also develop new instruments to observe the Earth’s atmosphere, surface and subsurface. They were founded and are led by a team of scientists and engineers, and the company focuses on supporting weather, water and environmental, and climate change research.

The product can be used for mission design and analysis and spacecraft maneuver optimization. It can also design optimal trajectories and maneuvers, as well as provide tools for analysis, all in one application. Data and trajectories can be visualized with 2- and 3-dimensional plotting packages, that are included.

MONTE has roots reaching back to the 1960s at JPL, when it was called the Orbit Determination Program.

Currently MONTE has both Design and Project Editions, and these are both available for licensing for commercial, research, and educational uses.

GIPSY / OASIS is a popular GPS software package, developed by JPL. It has been used extensively by researchers for various geodetic studies that require precise positioning knowledge. It has also been licensed commercially to support GPS augmentation applications. GipsyX, the new real-time version of the GIPSY / OASIS system, includes a superset of features and features an advanced new architecture.

The GIPSY / OASIS system is available for licensing to academia and industry. 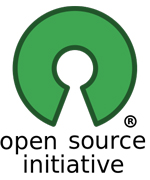 The current JPL policy is to embrace the open source paradigm for developing and disseminating software in cases where it makes sense to do so. To date JPL endorses open source software releases that are vetted and approved by the Software Release Authority (SRA) using pre-approved licenses such as: Apache 2.0, Eclipse Public License (EPL) and BSD etc.